No items found.
Product is not available in this quantity.
St. Peter’s Cemetery 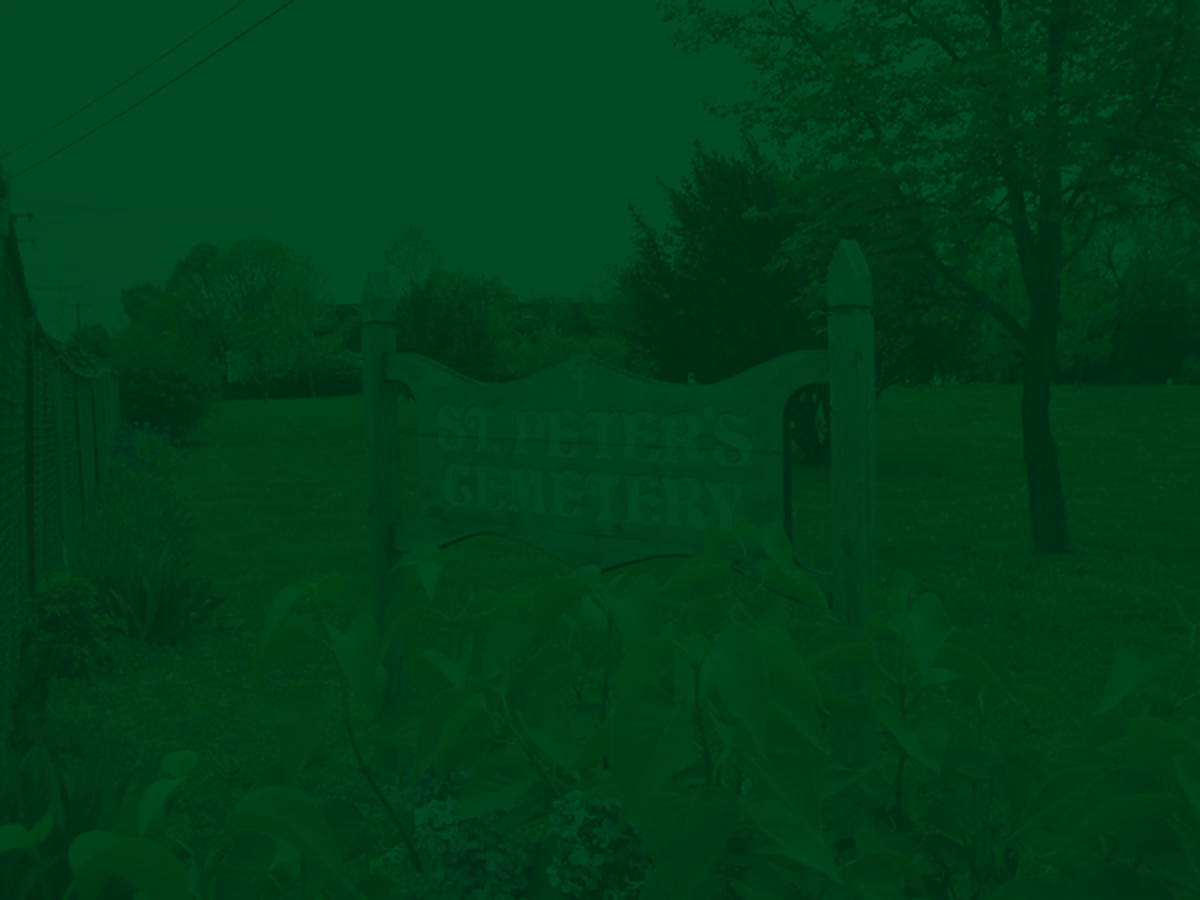 This wonderful cemetery located in West Baltimore was virtually abandoned until recently. Walk the beautiful lawns and forest paths, and marvel at the old gravestones, as you sense Irish history. Many grave stones stand prominently, while some peek out of the overgrowth. Others have been entirely hidden by 150 years of change, especially at the southwest area of the cemetery. For more information on the cemetery, click here.

Father McColgan of St. Peter The Apostle Church purchased more than twenty acres from the estate of John McClelland in 1850, and the cemetery was opened in September of 1851. Located at Moreland Avenue and Bentalou Street and consisting of twenty acres, the cemetery was referred to by parishioners as “Parishes Fear”.

Although the number interred is recorded from 13,000 to 15,000, most of the gravesites are hidden over by a century of growth. However, many of the gravestones fully visible bear the birthdate and counties in Ireland where the residents were born, some in Gaelic. About one third of the cemetery has been somewhat restored, but the balance, except for some tracts, are hidden in the forest. 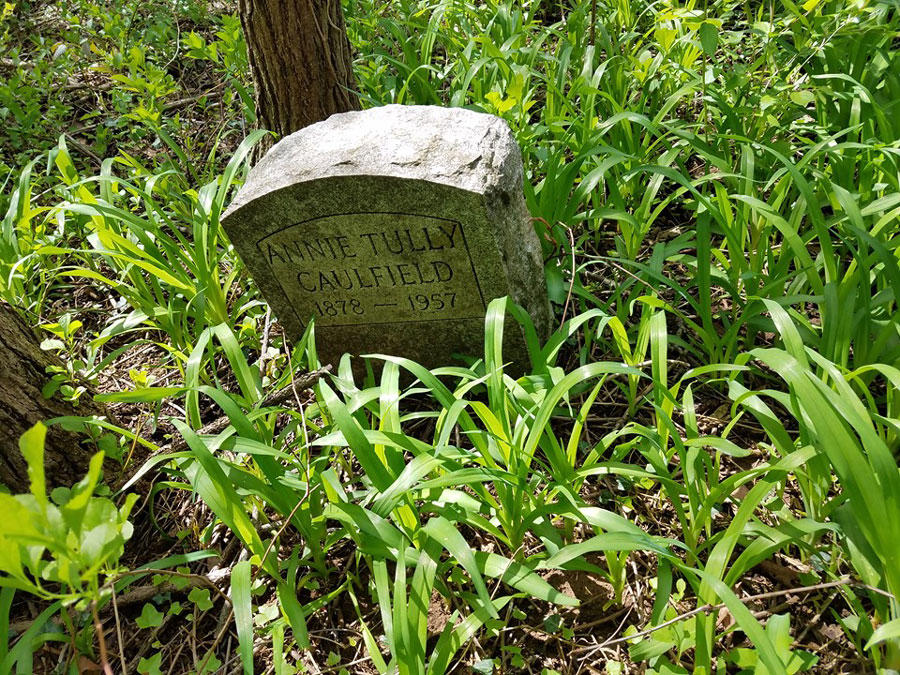 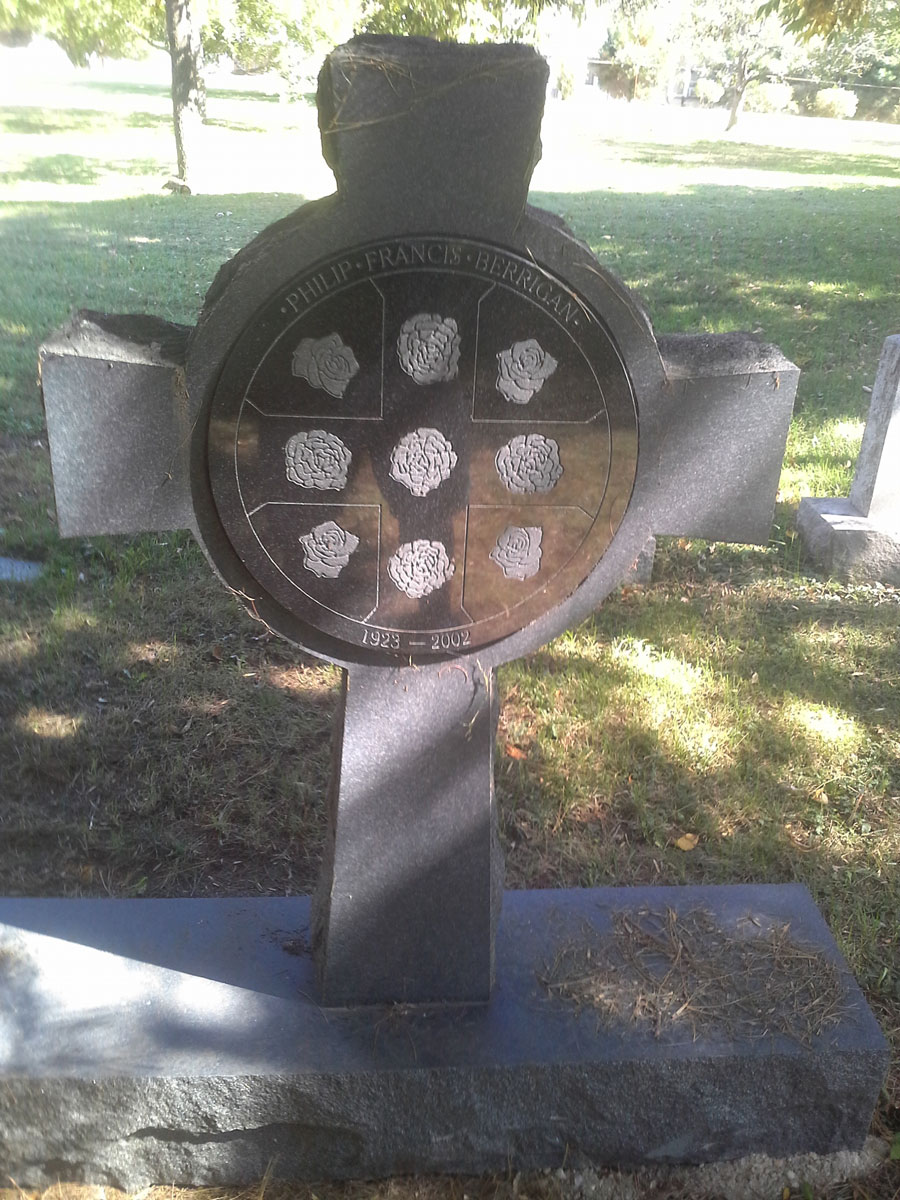 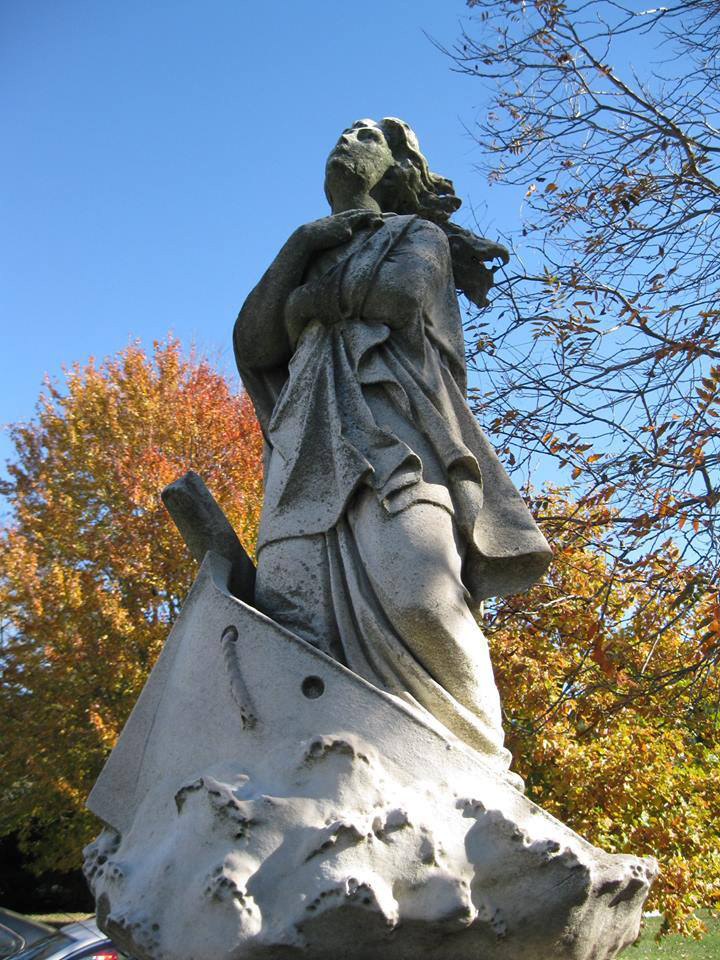 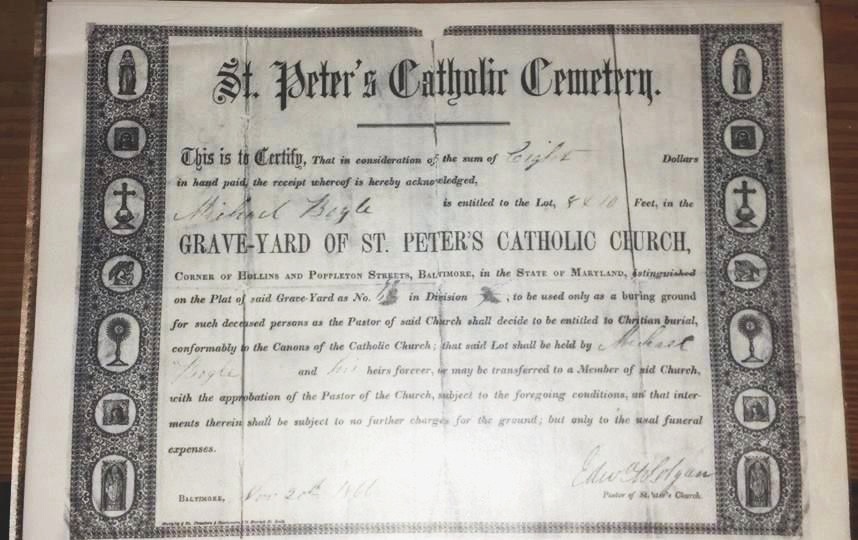