No items found.
Product is not available in this quantity.
The Hollins Street Market 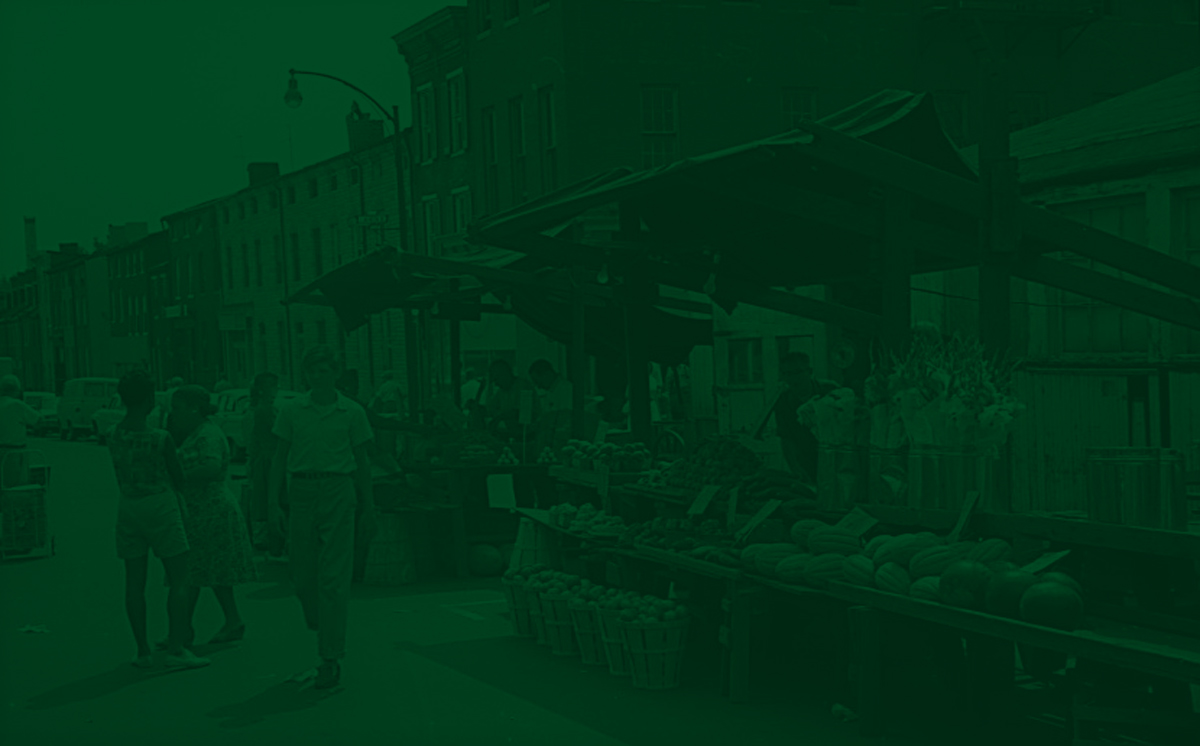 Baltimore’s unique public market system dates back to 1763, when the first market was erected at Gay and Baltimore streets with funds raised through a lottery. Eleven markets eventually encircled the heart of Baltimore City, each serving a distinct neighborhood and clientele. Hollins Market is the oldest market still in use, and is still providing West Baltimore with fresh produce, meats, and prepared foods.

‍
Conceived by Joseph Newman in 1835 and dedicated on a plot of ground donated to the City by George Dunbar, the Hollins Market was completed in September, 1836 and was hugely successful. In 1838, a severe windstorm wrecked the market. But Newman organized a rebuilding effort in 1839, and the market was ready by the end of the year to continue its successful existence to the present time. The market was named after John Hollins, whose family owned considerable land in the vicinity.

Market stalls were sold to the public, and many owners ran them themselves. These stalls continued outdoors, along the blocks of Hollins Street, where stall numbers were carved into the granite curbs. Some rented out space to vendors, and close to 400 indoor and outdoor stalls sold their wares. These included meats, produce, seafood, baked goods, housewares and prepared foods. Today’s pictures include views of the terminus of these street stalls: beginning at Hollins Market, and continuing for blocks until ending at Hollins and Poppleton Sts., where St. Peter the Apostle Churches’ significant columned building stood.

In l863 and again in l877, new market extensions were constructed, including the Italianate addition at the west end of the market. Interestingly, during the divisive civil war days, the Baltimore City Council refused to consider any bids for the construction of the market’s addition that did not come from “parties…known to be thoroughly and unconditionally Union men.”

Camp Steuart was located at Baltimore Street and Fulton Avenue, a civil war post for Union soldiers. The Railroad riots of l877 occurred nearby.

By the l900’s, the Hollins Market witnessed an upturn in activities of all kinds, including political rallies, shows, balls, and gatherings of every kind. Even the young Maryland Institute of Art, now located on Mount Royal Avenue in Bolton Hill, used the hall after the original school building burned in 1904 on Market Place.

In October of 2020, the Hollins Market re-opened after a $1.25M renovation, and features an updated market that honors the spirit of the market in times past. 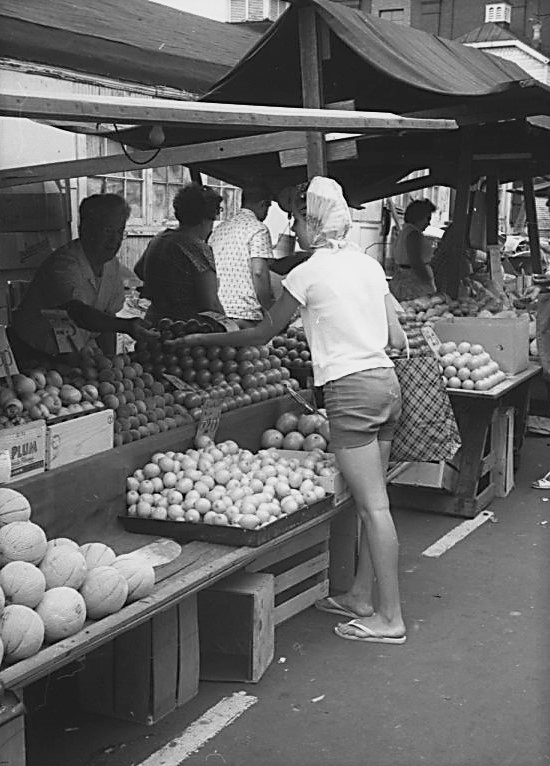 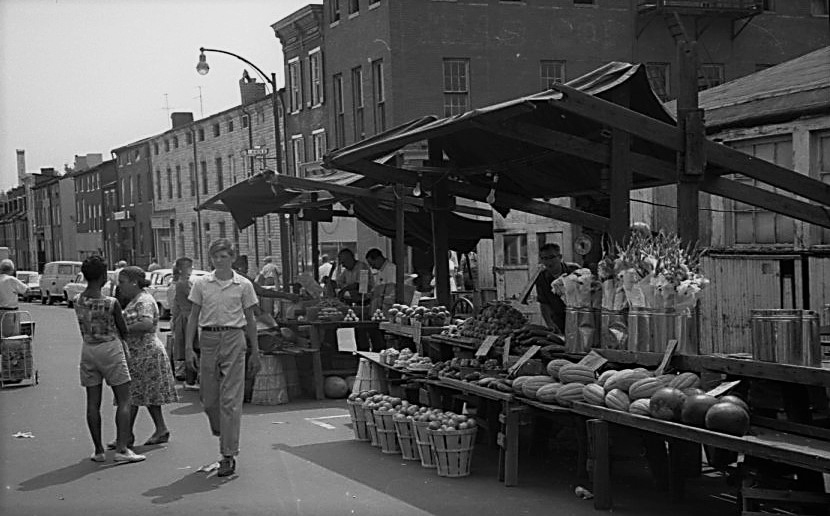 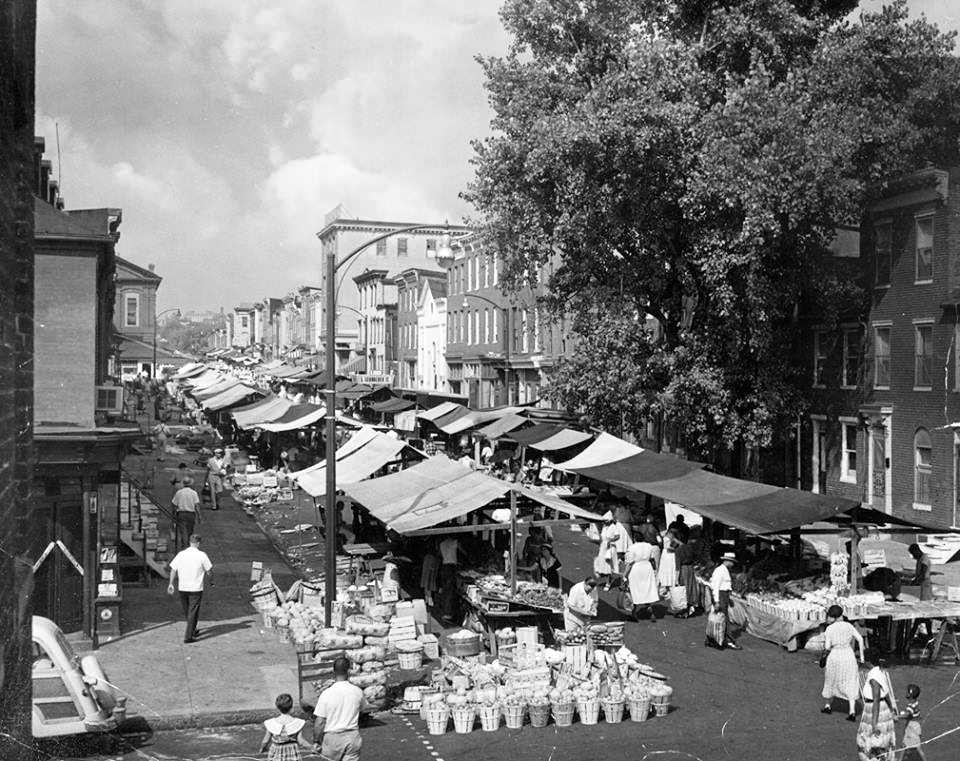